Love this remix from PawZ it has robo growls, a satisfying bendy straw glissando down a Southeast Asian boardwalk, and just the right amount of quirk for your twerk. Have fun!

Guest speaker Kevin Adler introduced us to Miracle Messages, an incredible organization that is actively reconnecting homeless individuals with friends and family members all over the United States through social media. Check out their website to learn more and view touching reunion videos. 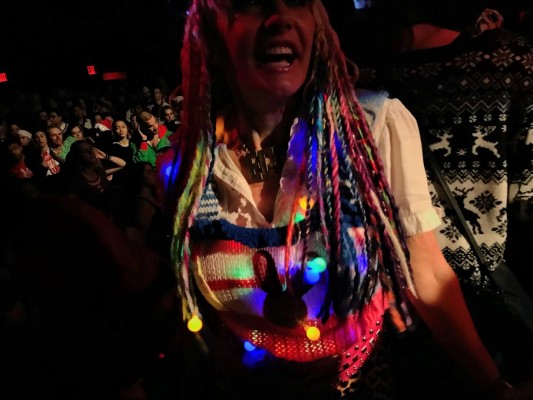 It was such a pleasure to take part in this special Daybreaker. If you’ve yet to try Daybreaker in your city, give it a shot and take back your morning. You won’t regret it.

Moar of Seven Lions’ epic sound design. This ep makes me feel like I’m on a journey across the crystal desert of a foreign planet, following the familiar sounds of analogue strings to an embassy oasis.

we could quantum entangle and superimpose at 9 amazing festivals all at the same time during a total solar eclipse? This isn’t science fiction, people: We’re going to do it. Eclipse Gathering 2017 in Big Summit Prairie, Oregon combines some of the world’s most transformational festivals to create an epic experience during this coming total solar eclipse in August 2017.

MENLO PARK, Calif. — Instead of just reading about the latest mind-bending experiments in neuroscience, David Byrne said he prefers, when possible, to participate in them. And he’s hoping others feel the same.

“We won’t be running these experiments like the labs do, but recreating some of their work in more entertaining or theatrical ways,” said Mr. Byrne, noting that he previously tried out immersive theater with the disco setting of “Here Lies Love,” his musical about Imelda Marcos. He also noted that the scientific process itself is “more improvisatory and creative than you’d think.”

One experiment in the show tests our ability to predict elections by judging the competence of faces. Another reveals how our sense of an object’s size depends on our sense of our own size.

Published as “Being Barbie” in 2011, the scale experiment comes from Henrik Ehrsson’s lab at the Karolinska Institute in Stockholm. It involves lying on a recliner, wearing goggles that show you a small doll’s limbs stretched in front of you in place instead of your own, and having your leg prodded or stroked simultaneously with the doll’s. This all helps to create an intense bodily association with the doll — so strong for many subjects that it changes their perception of the size of an object in view.

Ms. Gaonkar, a London-based hedge fund manager with science and public-health interests, helped to arrange visits to several prominent research labs. They quietly used a building on Governors Island in New York a year ago to conduct (“workshop,” said Mr. Byrne) experiments before settling on these four to start.

Timed tickets for the show, running Oct. 28 through March 31, will cost $45. Elizabeth Sullivan, the Menlo Park gallery’s director, said it’s an unusual structure for an unusual situation, in which there are no artworks for sale. The money from ticket sales goes entirely toward production costs, she said.

Mr. Byrne said one goal is to share results with the originating labs. “We’ve asked the labs if they want data. So far they’ve said no,” he said. But the artist, known for being ahead of his time musically, is not giving up so easily. “I think the labs will see there’s a way to collect data from this. Instead of a small pool of 50 students, you might get 1,000 people from different demographics. I think in the end they will find value in this.”
SOURCE: nytimes.com