After a beautiful night in the desert, getting my trance dance on and howling at the full moon, I’m spending a relaxing Sunday listening to David Starfire’s new album Awakening. It has all the sitar, funky world and hand drum beats that I was hoping for, like in his collaborations with Dub Kirtan Allstars, but this album is definitely a fresh start. Uplifting, intense and climatic with glitch hop and psydub influences, it’s perfect for the current Zeitgeist. I’m also excited to see his set at the next A~Bun~Dance in August. 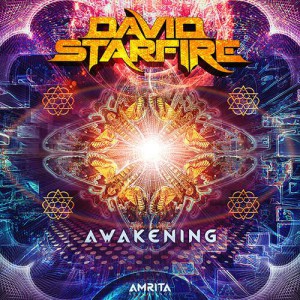 Opiuo animorphed Neosignal’s 1000 Volts into a beast! Crisp and powerful with deep bass, punchy rythmic layers and a solid melody to complement the electric guitar.  They also added a hivey buzz and pretty climbing beeps. Break it down at 4 minutes in! Don’t you just love it when a good song is long? I’m really impressed with this piece of music and hope to hear more like it.

Summer: The Phutureprimitive vs Deadmau5 mashup was an interesting choice, I’m a big supporter of both artists. Any thoughts on Phutureprimitive’s sound?
Blendrix: Before I comment on his sound, I would like to mention that I have tremendous personal and professional respect for Phutureprimitive. He’s one of the greatest producers of our time, but you’d never know it from just talking with him. Hands-down, one of the sweetest, most genuine people I’ve ever met. It seems that a lot of successful musicians really let the fame and accompanying attention get into their heads. They become rude, self-centered, and just generally unpleasant to interact with. Not with this guy. I wish every musician could take a class from him about how to keep it real, because he does exactly that, in every respect.

OK, more to your question: I’m a big fan of Phutureprimitive’s sound. I like to imagine musical style as existing on a 3-dimensional grid with each axis representing a scale between ambient <–> aggressive, melodic <–> dissonant, and organic <–> digital. I feel like Phutureprimitive’s sound falls at 0,0,0 on that grid — which is to say, it’s a perfect balance on all three of those axes. As such, it’s a great point of reference by which to measure my own original productions. I don’t want to make music that sounds exactly like his, but I’d be lying if I said he wasn’t an enormous influence on my sound.

Summer: How do you feel about Deadmau5?

Blendrix: Well, Deadmau5 was one of the first electronic artists whose work got me into DJing and production in the first place, so I gotta give him respect for that. He’s meticulous, passionate, and a brilliant composer. But remember what I said about some musicians letting the fame go to their head, and allowing it to affect the way they interact with the people around them? I don’t know much about what he was like before he got famous — maybe he’s always been a bit on the abrasive side, but Deadmau5 is pretty much the poster boy for everything that I try NOT to be when I’m interacting with fans and other artists. Don’t get me wrong; I think he’s hilarious, and often times, when he’s bitching about this or that, I totally agree with his position on the matter. I even think that to a certain degree, “being a jerk” is part of his persona, like his mau5 head, and that it might be an elaborate play for publicity, which I don’t necessarily have a problem with either.

Cosmic Zebra… now that’s a name that’s absolutely going to entice me to check out their biznassss.  So glad I did!  Two young brothers, Diego and Alan from Mexico make up this sweet zebra duo (I think it’s so sweet when family members work on shit together!) I love how they combined grimy sounds with piano notes and chipper vocals.

Get up and get off your ass RIGHT. NOW.  This bouncy hoppin tune is gonna make your day, I guarantee!  I just started stalking AMB recently and I’m so glad I did.  Producer since 2000, this guy knows what he’s doin!